We decided to take a trip to the small island of Phu Quoc, just off the South West coast of Vietnam.   This required an overnight stay in an obviously ‘seldom visited by tourists’ town, called Rach Gia.  I say this because we were like local celebrities as we walked through the town and the local market, everyone from children to adults were either giggling, waving or shouting hello at us, or a combination of all three!  It was insane!  The local market had some very fine delicacies on display though, and as usual I got photos of some of the oddities….

All sorts of weird and wonderful fish, they even have shark here!

A couple of happy ladies on their stall

I love how these markets stalls are so neat and organised! 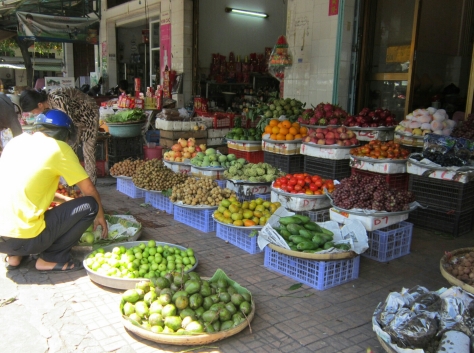 Our plans to chill out on the beach and explore the island were scuppered by the rainy season’s promise of lots of rain!  Despite it being rainy season throughout the whole of Vietnam during my trip, it has not really affected it a great deal. Usually there is a huge downpour, sometimes for an entire afternoon,  but you just get on and do something else for a bit.  However, on Phu Quoc Island it was a little more relentless.  The first two days we had sunshine for half the day, and on the third when we intended to hire mopeds and bike around the island for the day, well, we went for breakfast to a covered outside restaurant,  the heavens opened up, and stayed open, and we stayed there until 3pm that day eating breakfast and lunch, and drinking several cups of tea.  The lane outside the restaurant turned into a river!

A few photos I managed to get from the island 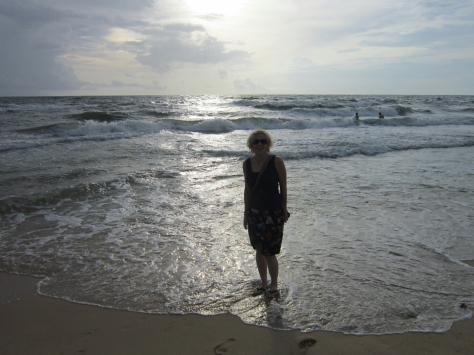 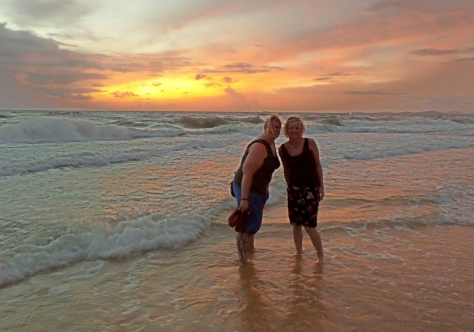 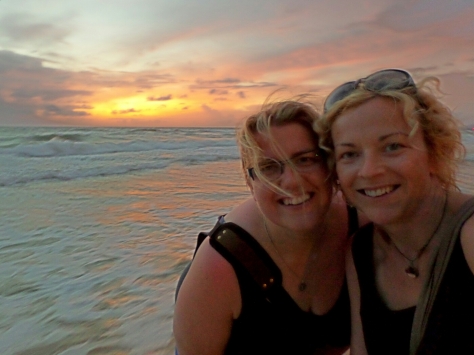 Our bungalow we stayed in

One morning we were woken by the horrible sound of an animal screaming.  It continued for a long time and it was really starting to do my head in.  I couldn’t make out whether it was a cat, dog, or something else.  At first I thought they might be killing a dog for dinner (I have heard other people’s accounts of this actually happening), but the noise continued on for too long.  I could hear children as well, so I thought maybe it is a dog, and there were children playing with it a little too rough, or being cruel to the poor thing.

I’d had enough of the horrendous crying, and decided I had to go and see what was going on.  I edged nearer and nearer to the noise, it was a frantic crying,  and it was coming from a basket near our room.

This is the sight that greeted me:

The most adorable littpe puppy who just didn’t like being shut in a laundry basket!  (Who would?!)

Well it was a relief that nothing was getting killed, and I scooped up the little puppy to give him a  much needed cuddle.

Laura with the pup 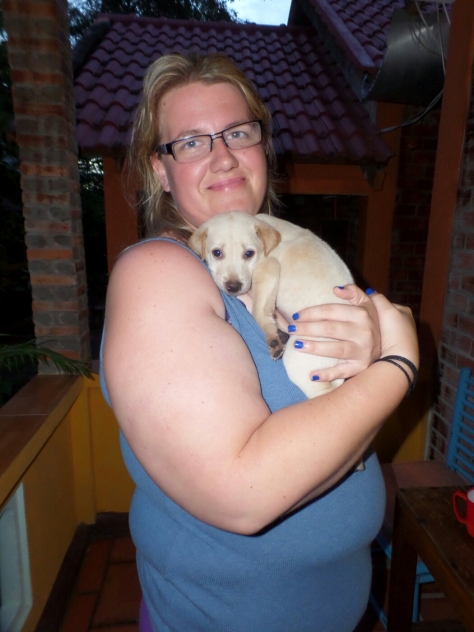 The next day we did the same, taking the puppy to our bungalow for a bit of attention,  although it did promptly poop on our floor!
I don’t think the owners were too happy with our love of their little pup though, and they moved his laundry basket to the other end of their house so we couldn’t get to him!  Oh well, he got a good few cuddles from us anyway!