On the way to The Forbidden City I was approached by two over-friendly Chinese girls wearing identical summer dresses, wanting to walk with me to Tiananmen Square and saying ‘then we go for beer yes?’

I had heard about several scams where you can get roped into going for tea parties and end up with a huge hundreds of dollars bill!  I’m guessing this ‘beer’ may have been heading that way, these two girls were just, too friendly.  Forcefully friendly, and I smelled a rat!

The Forbidden City was ok, but again I didn’t get the best of it because by 4pm some of the features were closed.  I saw the very old cypress trees, but never made it into the old courtyard or the Hall of Clocks or Treasury, as by then they were shooing people in the other direction. 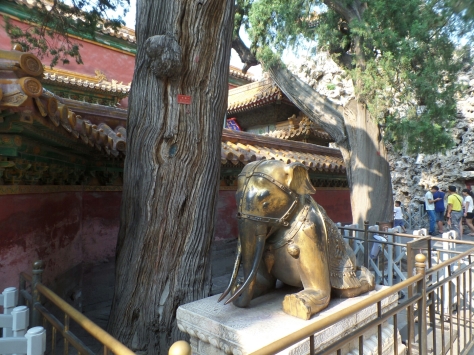 By the way, Beijing is very hot!  And after a days sightseeing you’re dashing for the shower before heading out again.

I wanted to walk the hutongs (old alleyways that lead to people’s homes) of Beijing and in was fast running out of time, so I headed out Sunday evening to them and find food on the way.  I went to Nanluogu Xiang and it was absolutely heaving with Chinese tourists, this was their summer holiday season after all.

Heading away from the main drag into the side streets, I discovered alleys branching off alleys, winding their way past people’s homes, the hutongs filled with bikes, washing, bits and bobs, they had a quaint old feel to them, a little network of people’s lives, intertwined with the slightly larger hutongs, where you can find cafés and small bars, and strange oddities such as people selling huge crickets, each one in a little pod.  Making the constant loud noise that these large crickets make, I can only assume that these are some kind of ornament?  For the garden maybe?  These weren’t food shops so I don’t believe eating them was the intention, besides they have another market for those kinds of foodstuffs!  I could be wrong, but it seemed pretty mean anyhow. 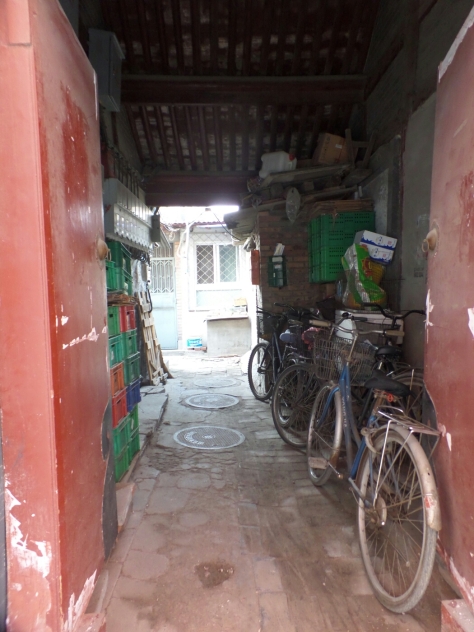 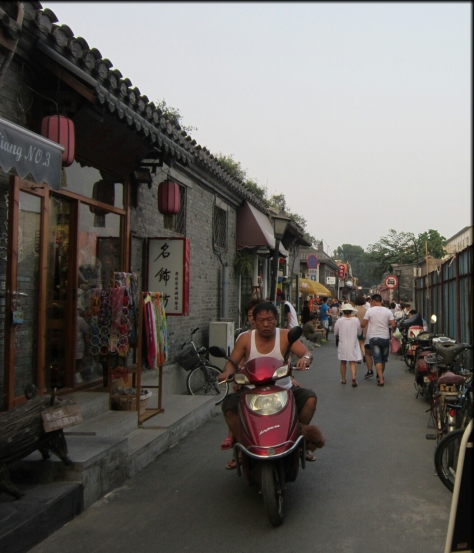 The crickets in pods 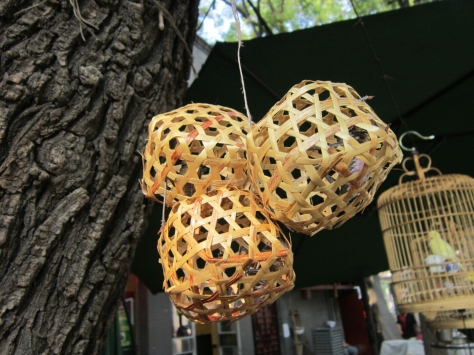 Fish in big bowls in a shop 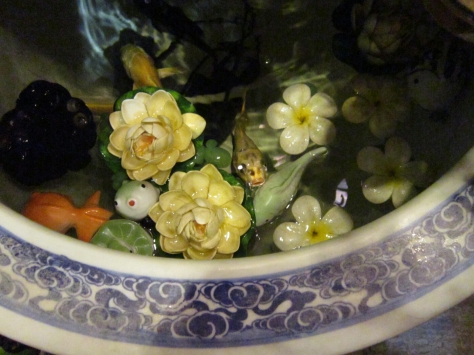 Also you could find the prettiest little birds in the tiniest of cages, which was a shame.  I’d have preferred a fleeting glimpse of one in the forest somewhere. 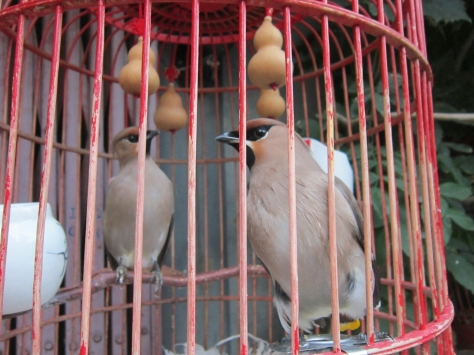 I stumbled across a cafe of which the name said something about a cat, so that was me sold, and I went in to enjoy a much needed fruity cold drink, and I was rewarded with the company of six cats!