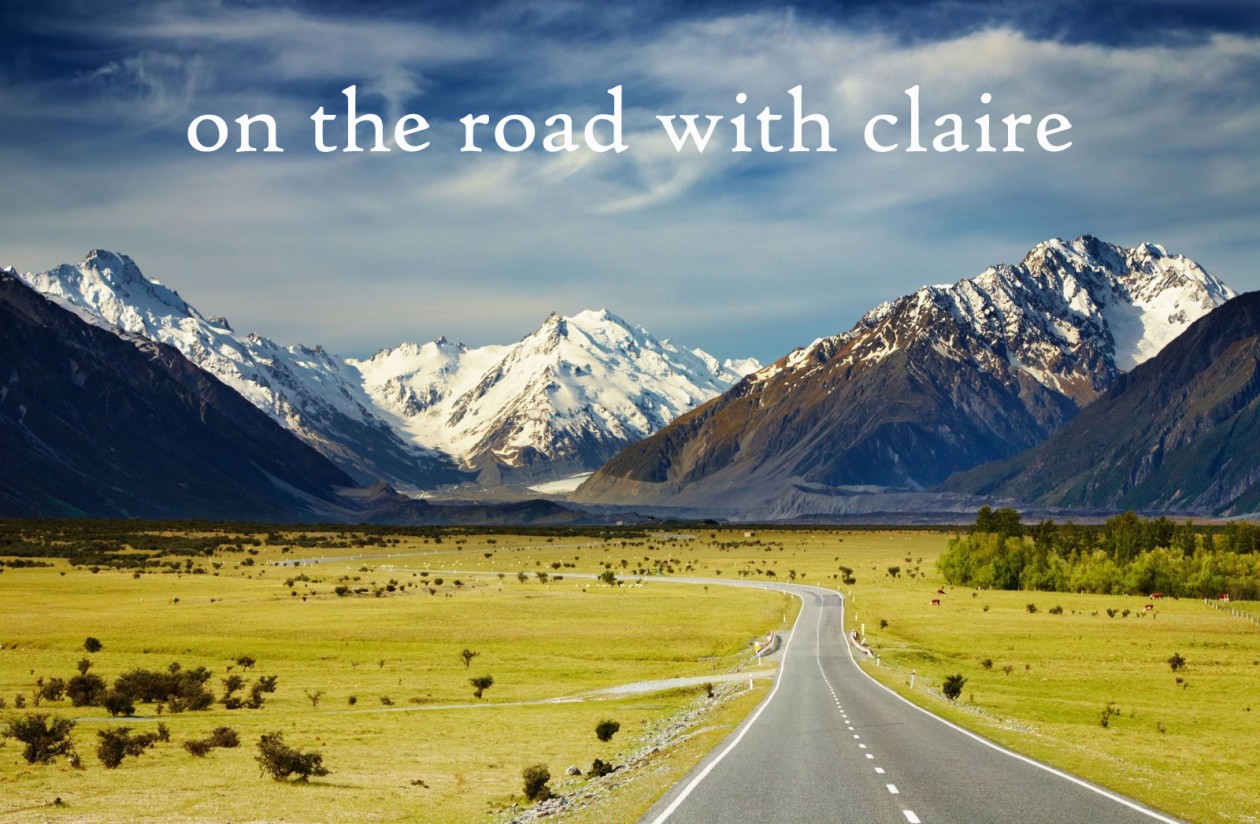 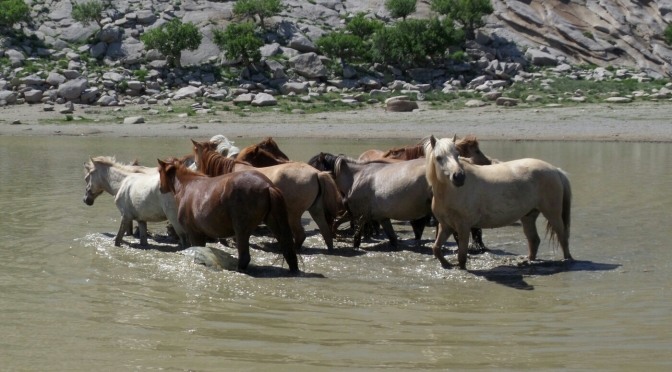 There were six of us on this trip, in two separate Russian mini vans.  This was a good job because a lot of the next 6 days were to be spent in these vans traversing bumpy, sometimes, rollercoaster-like dirt tracks.  The drivers?  They only know one speed…..I expect you can guess which one that is!  If you’re still a little unsure, check out Gobi Desert Part Two (to follow) to see the results of such speed!

In the group were Stefan (UK), Sebastien, Cecile, Thomas and Djena, all French, and all speaking fantastic English.

Not far out of the city appeared the start of the countryside and the Mongolia I had come to see.  We started to see gers (or yurts as I used to know them) dotted about the countryside.  On the first day we drove for about eight hours through a lush green landscape and some beautiful mountain scenery. 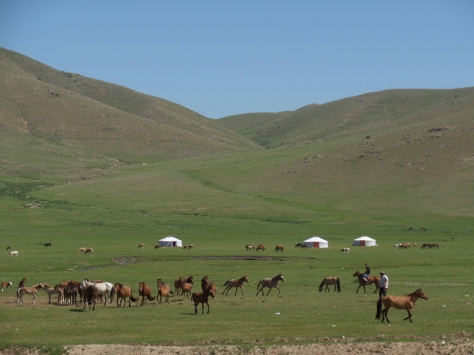 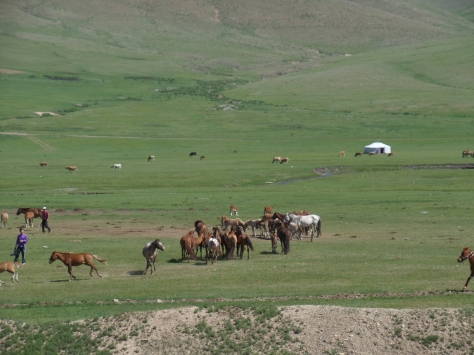 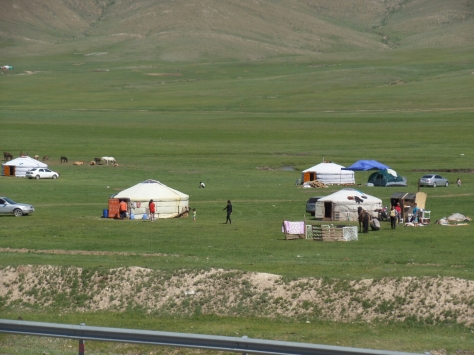 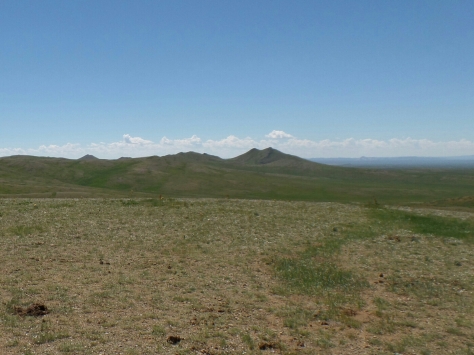 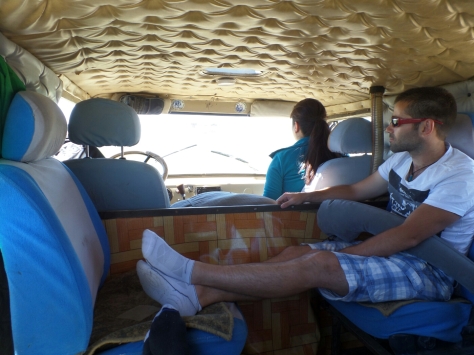 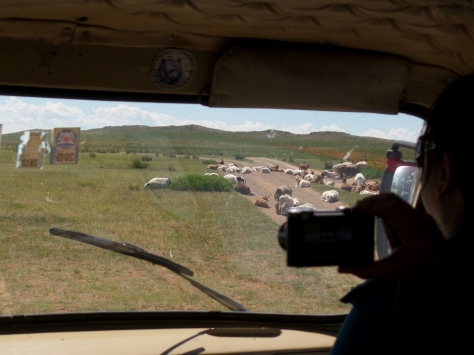 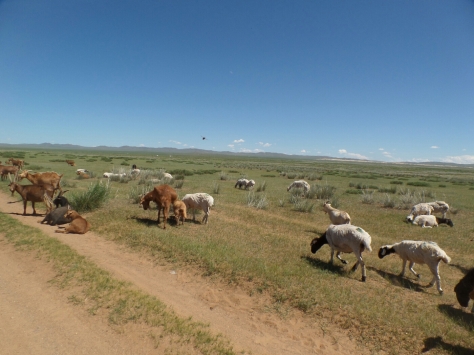 We stopped off for lunch and had some camel milk tea, not bad actually! 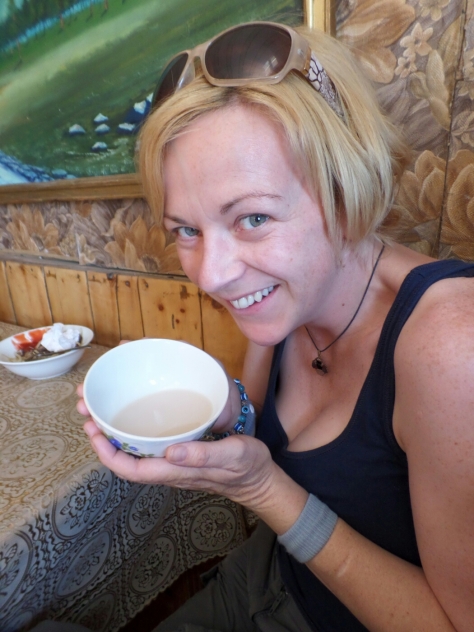 A right character in the cafe 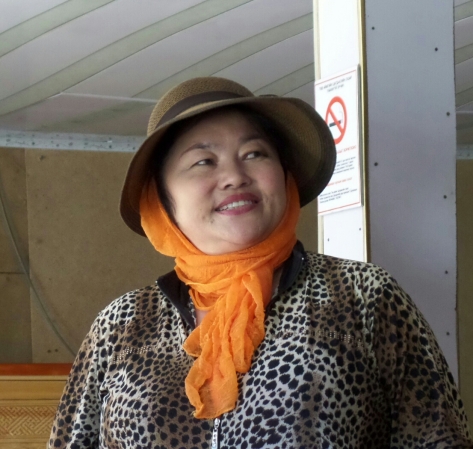 Along the way we also stopped at a sacred mountain of Mongolia, so sacred that the guide could not say the name of the mountain while we were next to it, for fear of bad luck.  It was called Zorgol Khairkhan, no one is even allowed to walk up the mountain.  At the foot is a large pool of water, filled with nearly a hundred horses all bathing in the hot midday sun.  Inquisitive creatures they were, quite often staring into the lens of the camera, posing for their beauty shots! 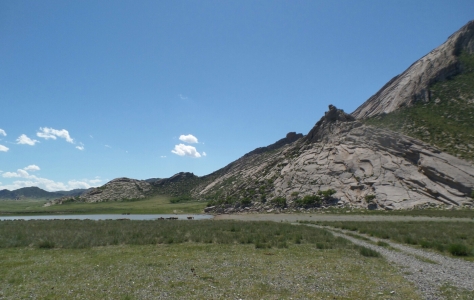 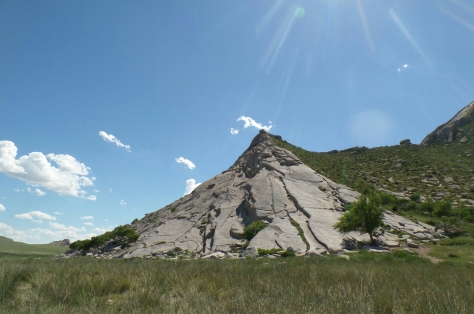 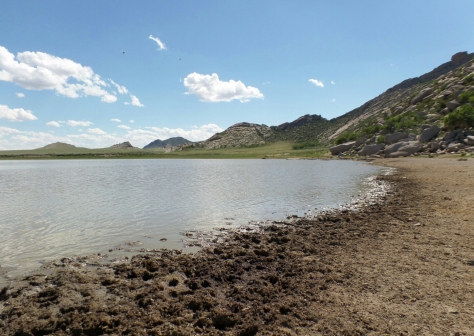 Specially for the horse lovers! 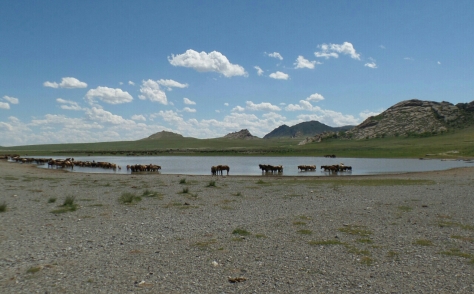 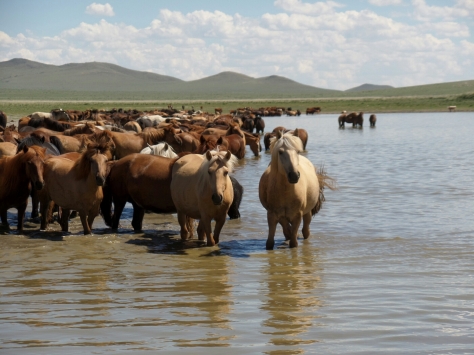 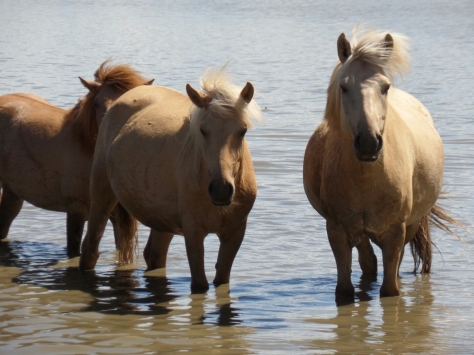 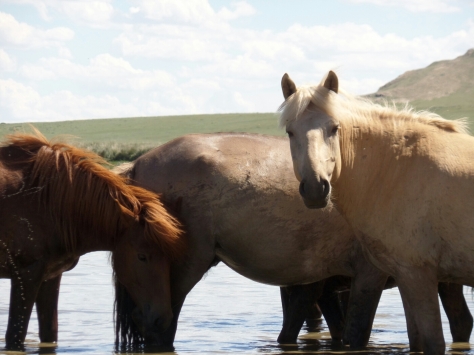 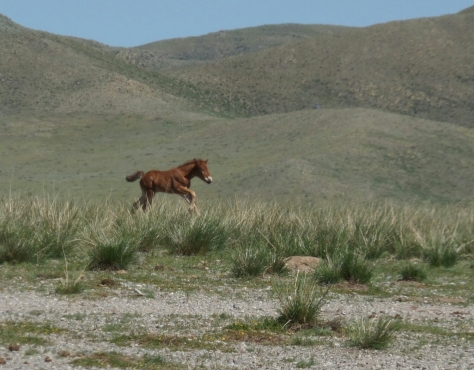 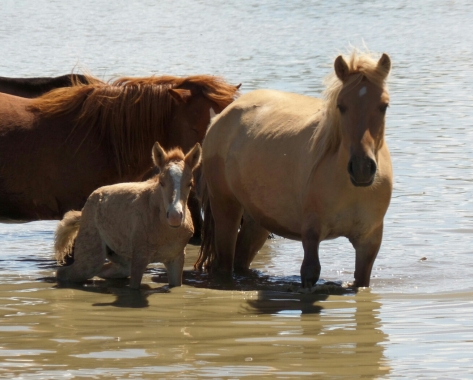 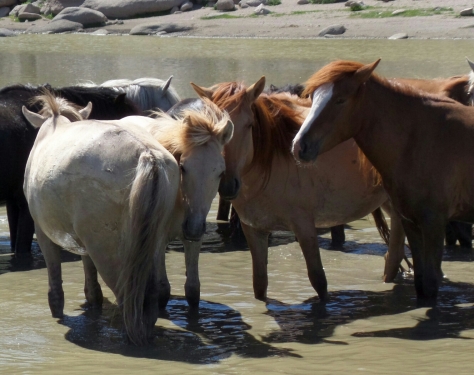 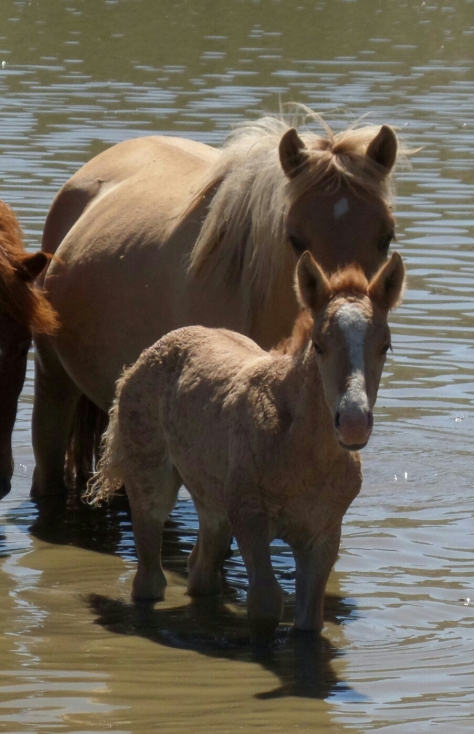 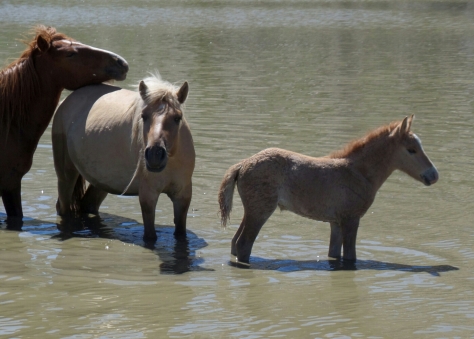 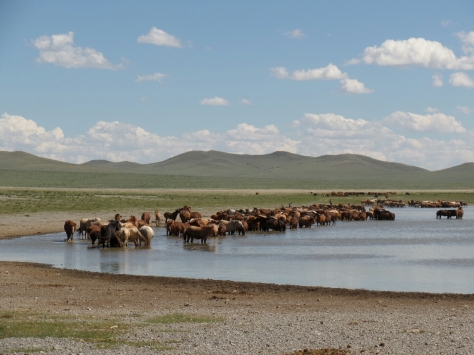 In the evening we arrive in a little village, and all six of us stayed in a ger next to a Mongolian family.  It wasn’t quite the nomadic experience we may have expected, as we had no interaction with the family, but nonetheless it was a comfortable bed and a good night’s sleep. 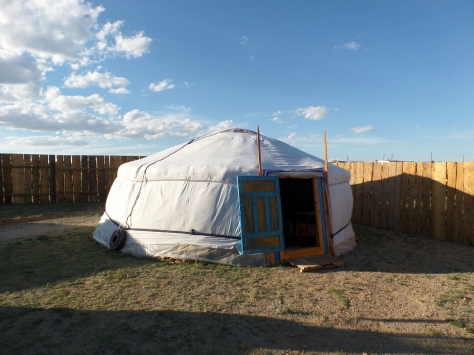 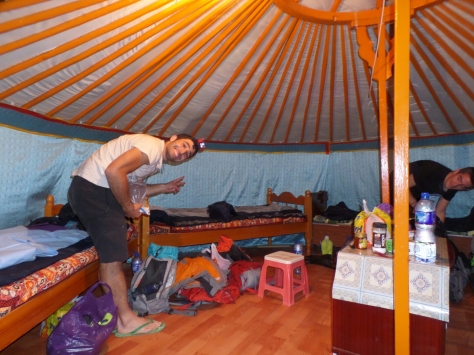 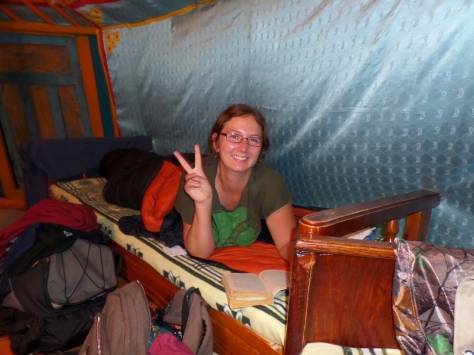 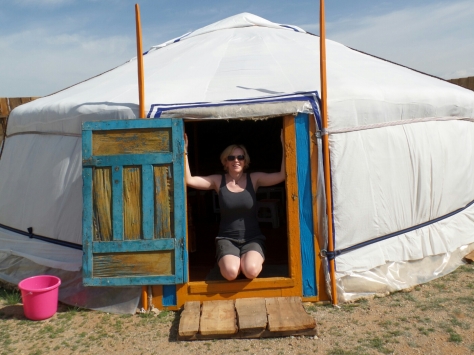 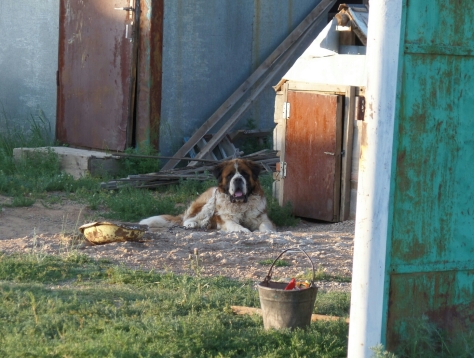 5 thoughts on “Trip to the Gobi Desert, Mongolia. Part One – beautiful horses and the sacred mountain Zorgol Khairkhan”